The merger is a combination of two or more entities into one; it is not just the accumulation of assets and liabilities of the distinct entities, but the organization of the entity into one business. The merger requires a complete restructuring of the company as the two companies are merged into one single entity. As a result of the merger of two companies either a new entity is formed or is merged into the entity of one of the merging company.

Sections 230 to 232 of the Companies Act provides for the cumbersome and time-consuming procedure of merger. The sections provided that all types of companies going through merger have to obtain the clearances from the regulatory bodies. Whereas the section 233 of the Companies Act, 2013 which has been added in the act on 15 December 2016 deals with the fast track mergers of two or more small companies or between a holding company and its wholly-owned subsidiaries.

Following is the procedure which the companies have to follow for the fast track merger under the Section 233 of the Companies Act, 2013 –

Step 1: Convene a Board Meeting: Both the transferee and transferor company has to convene a board meeting to initiate the process of a fast track merger. The board meeting so convened has to pass following board resolutions:

Step 2: Notice of Proposed Scheme: The notice of the proposed scheme required under Section 233(1)(a) of the Companies Act,2013 is given to invite objections or suggestions to the fast track merger. It shall be sent to:

Step 3: Time period for Objections/ Suggestion: The objections/ suggestions if any shall be made within 30 (Thirty) days of the issue of notice, by the transferor company or companies and the transferee company. Objection/ Suggestion received by the companies are considered in the general meeting and it must be approved by respective members holding at least ninety percent of total number of shares.

Step 5: Convening creditors meeting:  Both the transferee and the transferor company have to convene a meeting of the members or class of members and creditors or class or creditors for their approval to the scheme of merger. A notice has to be sent within 21 days and the notice must include:

Step 6: Filing of the Scheme:  A copy of the scheme has to be submitted along with the result of each of the meetings with Regional Director. A copy of the scheme along with the form CAA 11 within seven days from the conclusion of the meeting of members or creditors to the office of Registrar Of Companies having jurisdiction in the form GNL 1 and to the office of Official Liquidator through hand delivery or by speed post or registered post.

Step 7: Approval of Scheme by Regional Director: Following are the steps involved in getting the approval of regional director:

Step 8: Filing of Confirmation Order with the ROC: For the effective fast track merger both the transferee and the transferor company has to submit a copy of order conforming the scheme of fast track merger from the tribunal or the regional director to the office of the ROC. The persons concerned and the ROC shall register the scheme and issue a confirmation to the companies and such confirmation shall be communicated to the ROC where Transferor Company or companies were situated.

Effect of Registration of Scheme:

The registration of the scheme shall have the following effects:

e. Additional Liability:Where the scheme provides for purchase of shares held by the dissenting shareholders or settlement of debt due to dissenting creditors, such amount, to the extent it is unpaid, shall become the liability of the transferee company.

a. Restrictions on holding shares in its own name by Transferee Companies:

The transferee company shall file an application with the Registrar along with the scheme registered, indicating the revised authorized capital and pay the prescribed fees due on revised capital.

The time taken to complete the merger/ amalgamation through court process and the cost involved in it, is saved substantially. The simplification of process will encourage corporate entities to undertake merger/amalgamation activities and will help small companies in strengthening their position in the market and become more competitive and exhibit a better bargaining power in the market. 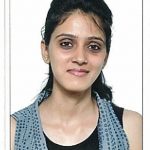