There are lots of controversies rumored among the taxpayers in respect of admissibility of the Input Tax Credit for the amount of taxes paid under RCM for the tax liability arising out of the inward transaction undertaken in previous year for which the time limit of availing ITC in terms of Section-16(4) has been lapsed. The delved study and discussion on the topic we have drawn upon a view which has been discussed hereunder in staggered manner.

1. Provision relating to admissibility of ITC

Section-16(1): Every registered person shall, subject to such conditions and restrictions as may be prescribed and in the manner specified in section 49, be entitled to take credit of input tax charged on any supply of goods or services or both to him which are used or intended to be used in the course or furtherance of his business and the said amount shall be credited to the electronic credit ledger of such person.

Section-16(2): Notwithstanding anything contained in this section, no registered person shall be entitled to the credit of any input tax in respect of any supply of goods or services or both to him unless,––

(a) he is in possession of a tax invoice or debit note issued by a supplier registered under this Act, or such other tax paying documents as may be prescribed;

(b) he has received the goods or services or both.

[Explanation.—For the purposes of this clause, it shall be deemed that the registered person has received the goods where the goods are delivered by the supplier to a recipient or any other person on the direction of such registered person, whether acting as an agent or otherwise, before or during movement of goods, either by way of transfer of documents of title to goods or otherwise;]

(c) subject to the provisions of section 41, the tax charged in respect of such supply has been actually paid to the Government, either in cash or through utilisation of input tax credit admissible in respect of the said supply; and

(d) he has furnished the return under section 39:

Provided that where the goods against an invoice are received in lots or instalments, the registered person shall be entitled to take credit upon receipt of the last lot or instalment:

Provided further that where a recipient fails to pay to the supplier of goods or services or both, other than the supplies on which tax is payable on reverse charge basis, the amount towards the value of supply along with tax payable thereon within a period of one hundred and eighty days from the date of issue of invoice by the supplier, an amount equal to the input tax credit availed by the recipient shall be added to his output tax liability, along with interest thereon, in such manner as may be prescribed:

Provided also that the recipient shall be entitled to avail of the credit of input tax on payment made by him of the amount towards the value of supply of goods or services or both along with tax payable thereon.

1. The goods or services should either be used or intended to be used in course of furtherance of business.

2. The person should be in possession of tax invoice or debit notes

3. He should have received the goods or services. [Either on his own account or received by any other person based on his direction]

5. The recipient i.e. the buyer has furnished his returns (GSTR-3B).

3. Admissibility of ITC for the taxes paid under RCM

√ In terms of Section-9(3) & Section-9(4) of the CGST Act, 2017, the taxpayers are required to pay taxes under reverse charge mechanism on certain specified supplies.

√ Based on assessment of tax liability the taxpayers are required to discharge his dues within the stipulated time, or in the cases of delay in making such payment he shall pay such liability along with the interest as mentioned under Section-50 of the CGST Act, 2017.

√ Based on the payment of taxes under RCM and self-invoicing thereof the taxpayers duly comply with the conditions of admissibility of ITC as mentioned under Section-16(2) and accordingly the taxpayers could claim the ITC of such tax paid under RCM.

√ It is to be clarified that the taxable event for payment of taxes under RCM, preparation of self-invoice for transactions in the nature of RCM, payment of taxes to the government exchequer and claim of ITC of the taxes paid under RCM are all mutually exclusive events and are independent of one another which derives their implication and penal actions in isolation.

Section-16(4): ‘A registered person shall not be entitled to take input tax credit in respect of any invoice or debit note for supply of goods or services or both after the due date of furnishing of the return under section 39 (GSTR-3B) for the month of September following the end of financial year to which such invoice or invoice relating to such debit note pertains or furnishing of the relevant annual return (GSTR-9 & GSTR-9C), whichever is earlier.’

√ The provisions could be understood with an undermentioned example-

5. Difficulties encountered in payment of taxes under RCM and availing ITC thereof

√ The Taxpayer could not avoid such payment and should discharge such tax liability under reverse charge mechanism vide DRC-03 challan along with the interest as applicable thereon.

√ In terms of Section-31(3)(f) the taxpayers is mandatorily required to prepare a self-invoice within the prescribed period (i.e. date of receipt in case of goods and within 30 days in case of receipt of services).

√ On failure of classification of a transaction and assessment of liability under RCM, the taxpayers have already contravened the provision as mentioned under Section-31(3)(f) of issuance of self-invoice for the transactions on which taxes are to be paid under RCM.

√ Thus the invoice can be issued at the time when such tax liability is being discharged through DRC-03 challan payment. Thus the date of invoice would be at no stretch would fall within the current period.

√ On issuance of self-invoice, payment of taxes under RCM through DRC-03 challan, the taxpayer grabs onto the position where he complies with all the conditions of Section-16(2) as mentioned in para supra.

√ Accordingly as the invoice pertain to current year, the taxpayer can duly claim such ITC in terms of Section-16.

Based on discussion made above, the taxpayer could claim the ITC of the taxes paid under RCM on payment bases i.e. the ITC could be claimed as and when the payment under RCM have been discharged. 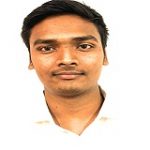 Difference between IFF and GSTR-1
GST e-invoice: How to ensure that invoices printed out of ERP systems are not printed without IRN ?
Hypothetical question’ which has not yet materialized, outside the purview of Advance Ruling
Flat 40% Discount on GST, Customs & Income Tax Courses for limited period
Refund of Inverted Duty on Input Services: SC to hear on 28th April Finally