Where the CENVAT credit has been taken [and] utilized wrongly or has been erroneously refunded, the same along interest shall be recovered from manufacturer or the provider of the output service and the provisions of sections 11A and [11AA] of the Excise Act or sections 73 and 75 of the Finance Act, shall apply mutatis mutandis for effecting such recoveries.

There was a lot of controversy on this subject till 01.04.2012 because of the word “or” used between the two words “taken or utilised” . After 01.04.2012 , this contentious has been resolved to the maximum extent by replacing the word “and” instead of “or “ which was litigation prone rule important issue. There are number of case laws below which will support this verdict.

Scope of the Rule

→ If the Cenvat credit has been taken and utilised wrongly, the same shall be payable along with interest and provisions of sections 11A and 11AA of Central Excise Act (in respect of excisable goods) and sections 73 and 75 of Finance Act, 1994 (in respect of service tax) shall apply mutatis mutandis for effecting the recovery – Rule 14 of Cenvat Credit Rules and amended w.e.f. 1-4-2012. The word ‘and’ was ‘or’ up to 1-4-2012.

→  If the ‘amount’ which is payable under rule 6 of Cenvat Credit Rules is not paid, the same can also be recovered along with interest.

Section 11A of Central Excise Act and section 73 of Finance Act provide for recovery of duty and service tax respectively.

→ No Interest if wrong credit reversed on its own –

In CCE v. Banco Products (2011) 33 STT 15 363 = 15 taxmann.com 9 (CESTAT SMB), assessee first paid duty through Cenvat credit. Later, on being informed that duty should be paid by cash, he paid by cash and reversed Cenvat credit. It was held that no interest is payable as the action was only to rectify procedural irregularity – relying on CCE v. Vulcan Gears (2009) 23 STT 472 (CESTAT).

→ Director cannot be penalised under this rule – Penalty is imposable on person who has availed the Cenvat credit. Thus, only company can be penalised and not the director as he has not availed Cenvat credit Ashok Kumar H Fulwadhya v. UOI (2010) 102 SCL 51 (Bom HC DB).

Thus, penalty can be imposed if Cenvat credit is taken though not utilised. However, it should be noted that penal provisions apply if Cenvat credit was ‘wrongly’ taken. See discussions later on this issue.

Wrong – Any damage or injury, contrary to right, Violation of right or of law P Ramanatha Aiyer’s Law Lexicon.

‘Wrong’ has various shades of meaning like mistake, not true, in error, contrary to law, injustice, unjustly – Concise Oxford Dictionary.

‘Mistake’ – an incorrect idea or opinion, a thing incorrectly done or thought, an error of judgment – Concise Oxford Dictionary. An unconscious ignorance or forgetfulness of a fact, past or present, material to the contract, doing of an act under erroneous conviction, which act, but for the conviction, would not have been done – P Ramanatha Aiyer’s Law Lexicon.

If there were conflicting decisions of Tribunal, it cannot be said that assessee has wrongly taken Cenvat credit – CCE v. Sudarshan Cable Industries (2012) 276 ELT 300 (All HC DB).

→ Issue of SCN and confirmation of demand – Issue of show cause notice is mandatory under section 11A, unless assessee voluntarily pays duty and informs excise officer. Principles of natural justice are required to be followed.

Following discussions are relevant only in respect of issues prior to 1-4-2012.

Interest for mere ‘taking’ Cenvat credit without utilization ?– Interest for wrong utilisation is understandable, but can there be liability of interest only because assessee has ‘taken’ i.e. made entry in Cenvat credit records, without actually utilising it ?

In UOI v. Ind-Swift (2011) 30 STT 461 = 9 taxmann.com 282 = 265 ELT 3 = 40 VST 1 (SC), assessee had taken credit on the basis of fake invoices and admitted that he had availed Cenvat credit wrongly. On basis of the admission, Settlement Commission had ordered payment of interest @ 10%. Based on these facts, it has been held that interest is payble even if Cenvat credit is only availed even if not actually utilized [reversing decision in Ind-Swift Laboratories’ v. UOI (2009) 240 ELT 328 (P&H HC DB)].

This decision has been brought to notice of revenue officers and tread vide MF(DR) circular No. 942/03/2011-CX dated 14-3-2011 and officers are advised to take immediate action to safeguard the revenue.

Reversal before utilisation means Cenvat credit was not taken

In the view of the decision, CBE&C vide its circular No. 858/16/2007-CX dated 8-11-2007, had clarified that if Cenvat credit is reversed before utilization, it would amount to credit not having been taken. Now, in the revised circular, exactly contrary view is taken.

Interest is compensatory not penal

In Pratibha Processors v. UOI 1996 AIR SCW 4299 = AIR 1997 SC 138 = 88 ELT 12 (SC) = 1996 (11) SCC 101, it was observed – ‘In fiscal statutes, the import of the words ‘tax’, ‘interest’, ‘penalty’ etc. are well known. They are different concepts. Tax is the amount payable as a result of the charging section. It is a compulsory exaction of money by a law. Penalty is ordinarily levied on an assessee for the some contumacious conduct or a deliberate violation of the provisions of the particular statute. Interest is compensatory in character and is imposed on an assessee who has with held payment of any tax as and when it is due and payable. The levy of interest is geared to actual amount of tax withheld and the extent of delay in paying the tax on due date. Essentially, it is compensatory and different from penalty – which is penal in character.

Thus, interest is not a penalty but is compensatory in nature. If Cenvat credit was taken in books but not actually utilised, there was no loss of revenue to government even for a single day, which has to be compensated by assessee. 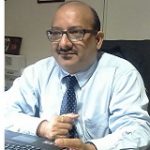 ITC on Lift available or not under GST
GST Rules 89(5) cannot override Section 54(3) of CGST Act, 2017
Goods purchased outside India and supplied outside India
Supply outside the territory of India not taxable in GST
ITC on detachable wooden flooring and stackable glass partition
View More Published Posts