In the recent years, the world is witnessing a rapid proliferation of Free Trade Agreements (FTAs).

The world trading system has witnessed an increasing number of integration initiatives in recent years on the back of comparative advantages. For India too it became necessary to be integrated into the global trade to attain its economic growth targets.

The ever-growing number of Free trade agreements and preferential trade arrangements is a prominent feature of international trade in the world. The basic premise of such initiatives is to liberalize trade among the members by granting tariff concessions for, or eliminations of selected products. The integration initiatives can be of various types, depending on the degree of integration. 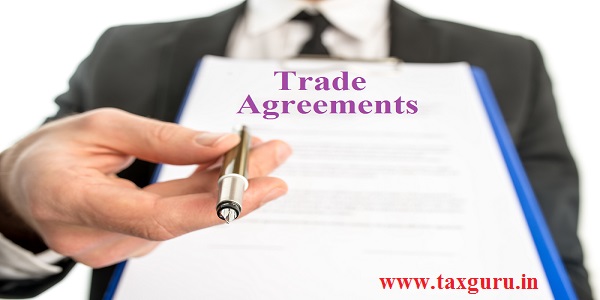 Thus, Trade Agreements are arrangements between two or more countries or trading blocs that primarily agree to reduce or eliminate customs tariff and non tariff barriers on substantial trade between them. Trade Agreements, normally cover trade in goods (such as agricultural or industrial products) or trade in services (such as banking, construction, trading etc.). Trade Agreements can also cover other areas such as intellectual property rights (IPRs), investment, government procurement and competition policy etc.

All the Trade agreements are typically of three types:

a. Multilateral Trade Agreements – These agreements are between three or more countries. These agreements among three countries or more are the most difficult to negotiate. The greater the number of participants, the more difficult the negotiations are. By nature, they are more complex than bilateral agreements, as each country has its own needs and requests. Once negotiated, multilateral agreements are very powerful. They cover a larger geographic area, which confers a greater competitive advantage on the signatories. All countries also give each other most-favored-nation status—granting the best mutual trade terms and lowest tariffs.

c. Unilateral Trade Agreements – This is typically not an agreement. It occurs when a country unilaterally gives certain benefits to the imports from other countries. Some of the countries to whom India provides the unilateral benefits are Combodia, Bangladesh, Somalia, Haiti, Chad, Rwanda, Tanzania, Mozambique etc. and many more.

Similarly, India also gets unilateral trade benefits from many developed countries. There are various categories of trade agreements which have India have entered like FTA, Preferential Trade Agreement (PTA), Comprehensive Economic Cooperation Agreement (CECA), Comprehensive Economic Partnership Agreement (CEPA), Regional Trade Agreement (RTA), Customs Union, Common Market, and Economic Union (EU). Before we delve into the complexities of trade agreements, it is important to understand these terms and as to why India has these agreements with different countries.

FTA – In FTAs, tariffs on items covering substantial bilateral trade are eliminated between the partner countries; however each maintains individual tariff structure for non-members. India Sri Lanka FTA is an example. The key difference between an FTA and a PTA is that while in a PTA there is a positive list of products on which duty is to be reduced; in an FTA there is a negative list on which duty is not reduced or eliminated. Thus, compared to a PTA, FTAs are generally more ambitious in coverage of tariff lines (products) on which duty is to be reduced.

CEPA/CECA – These terms describe agreements which consist of an integrated package on goods, services and investment along with other areas including IPR, competition etc. The India Korea CEPA is one such example and it covers a broad range of other areas like trade facilitation and customs cooperation, investment, competition, IPR etc.

Customs Union – In a Customs union, partner countries may decide to trade at zero duty among themselves, however they maintain common tariffs against rest of the world. An example is Southern African Customs Union (SACU) amongst South Africa, Lesotho, Namibia, Botswana and Swaziland. European Union is also an outstanding example

After entering into the agreements, the Indian government and reciprocally the other member country/ies has to issue country specific notifications through which the benefits incorporated in the agreements are effectuated in the home country.

Therefore, in case there are any exports or imports that take place with the countries with which India has trade agreements, the exporters/importers should get a complete analysis of the duty structure done as may be applicable. Further, there are many countries to whom India gives the benefits unilaterally and also India gets benefits which the other developed countries of the world provides to India unilaterally. Many people lose the benefits since they are unaware of the benefits under the trade agreements. There are many conditions to be fulfilled and procedures to be complied with in order to get the benefits under the trade agreements. The concepts are complex and lengthy and hence will be taken up in subsequent article in Part 2 and thereafter.

Author can be contacted at [email protected] 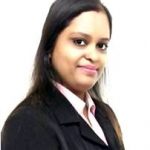 Interest on Delayed GST Refunds: A Saga of Tussled Interpretations
Dilemma on GST on Benefits given by Employer to Employee
Tough days ahead for importers claiming preferential benefit under FTAs – CAROTAR, 2020
All medical devices in India regulated & requires registration
Legality of Transfer of available cash balance through GST PMT -09
View More Published Posts

Refund & Drawback Disposal Drive from 15.05.2021 to 31.05.2021
No confiscation of goods if import is not contrary to any prohibition imposed under Custom Act
LCD modules classifiable under Tariff Item No. 9013: CESTAT
Tariff Notification No. 47/2021-Customs (N.T.), Dated 13.05.2021
Treat Request for Reassessment as Application for amendment of Bill of Entry: CESTAT