The Indian Central Board of Direct Taxes (CBDT) has notified the final rules (the rules) for maintaining and furnishing of Transfer Pricing (TP) documentation in the Master File (MF) and Country-by-Country Report (CbCR). Following an inclusive approach when introducing a new and important regulation, the CBDT had, in line with global best practices, sought public comments on the draft rules. It is apparent from a reading of the rules that the CBDT has incorporated some of the recommendations/ comments which were put forth by us.

Following entities are required to file the Master File in India (Form No. 3CEAA) 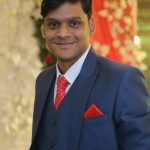 SC ruling on interest chargeability under section 234B
Aadhaar Linking, penalty proceedings completion due date extended
No Section 194A TDS on Interest payment to Scheduled Tribe by Scheduled Bank
No Section 54B deduction denial merely for registration of new agricultural land in name of co-parcener
Representation on Non acceptance of 115BAC cases on IT Portal