Will infrastructure sector be excluded from deemed income taxation provisions?

The tax proposals in the budget largely focus on taxing the super-rich to augment resources, plug unintended taxation driven by perverse reading of law by the tax department, provide relief in response to the ask of the industry and technology enablement to foster greater transparency.

One key proposal relates to the applicability of gift taxation provisions in case a taxpayer receives a property at less than the fair market value (FMV) prescribed in the law. The provisions seek to tax differential income, i.e., the excess of FMV over the consideration paid. The FMV for this purpose is based on the net asset value of the company as per the balance sheet after making certain prescribed adjustments. FMV based solely on the net asset value principle, often results in situations where the FMV determined as per internationally accepted valuation principles is lower than that determined based on the net asset value for tax purposes. A double whammy ensues since the seller is also subject to capital gains tax on the notional difference calculated based on such net asset value-based FMV.

This is becoming a significant issue in asset intensive industries such as infrastructure and distressed deals, in which the buyer has a tax liability on the acquisition of shares from third parties because of the actual deal price being lower than the FMV determined as per the prescribed methodology.

The industry is demanding modifications to these provisions and restricting its applicability to curb cases of tax avoidance in the economy and exclude genuine third party transactions.

The Finance Minister has now proposed to amend these provisions to provide that the section shall not apply in case the differential income, being the excess of tax FMV over the transaction price, is received from such class of persons and subject to such conditions as may be prescribed by the Central Board of Direct Taxes (CBDT). Thus, a separate notification is now awaited from the Board. The CBDT should provide relief to investors, especially in the infrastructure sector, and those acquiring stressed companies under the Insolvency and Bankruptcy Code, 2016 (IBC).

Given the intent of the amendment is to prevent undue taxation in case of genuine transactions, the CBDT should also amend the rules for defining the tax FMV. Instead of solely relying on net asset value principles, a consistent definition of FMV should be adopted across the provisions of the income-tax law, based on internationally accepted valuation methodologies. This is similar to the definition adopted by the Reserve Bank of India under the foreign exchange regulations.

It would be interesting to observe the changes are proposed by the CBDT to deliver the FM’s intent, as clearly articulated in the memorandum to the Budget. Nevertheless, there is strong expectation that the infrastructure sector and distress deals will fall within the list to be notified by the Board for the applicability of these provisions. 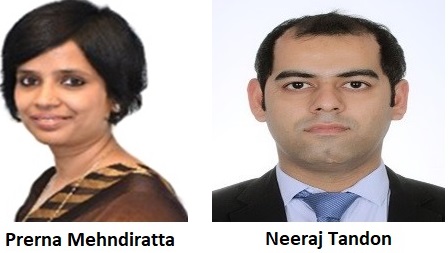