Impetus to start-ups – a tax and regulatory perspective

“Chase the vision, not the money; the money will end up following you.“- Tony Hsieh, CEO of Zappos

In today’s environment, start-ups are crucial as they focus on innovation, lead to employment generation and promote research and development. As per the study conducted by IBM and Oxford, 90% of India’s start-ups fail within the first five years despite India’s entrepreneurial strengths. In order to ensure a reduction in the rate of failure and incubation of significantly more start-ups, there is a need for a developed start-up support ecosystem.

With the above in mind, the Government of India launched the Start-up India campaign, which aimed at promoting bank financing for start-ups, boosting entrepreneurship and building a strong ecosystem for nurturing innovation in the country through setting up various funds, self-certification of compliance with labour and environment laws and promoting awareness and adoption of intellectual property rights.

In order to support the start-up ecosystem in the country, the Ministry of Corporate Affairs (MCA) has defined “Start-up Company” in the Company Law as a private company incorporated under the Companies Act, 2013 and recognised as a “Start-up” in accordance with the notification issued by the Department of Industrial Policy and Promotion (DIPP). In order to reduce the operational and compliance burden, MCA has introduced several relaxations under the Companies Act for start-up companies, such as relaxations in raising public deposits, issuing sweat equity shares and conducting board meetings, and exemption from preparing cash flow statements, among others.

The DIPP revised the tenure of recognition as a start-up which was increased from five years to seven years and ten years (in case of biotechnology sector start-ups). Therefore, a start-up registered with the DIPP shall be able to enjoy its privileges for a longer gestation period, provided it meets certain conditions as specified by the DIPP and its annual turnover does not exceed INR 25 crores in any preceding financial year. Further, the requirement of obtaining a letter of recommendation from an incubator/ industry association for recognition has been discontinued. The Reserve Bank of India has also taken several steps to help start-ups raise foreign funds by easing the foreign exchange regulations for start-ups.

Apart from the regulatory measures stated above, the government has also taken several tax related measures to provide start-ups with easy access to Indian as well as foreign funds. In order to promote investments in start-ups, exemption from capital gains tax has been granted to persons who receive capital gains from any long-term capital asset during the year and have invested such capital gains in funds recognized by the government.

Further, exemption from capital gains tax arising from the sale of residential property has been granted to individuals/ Hindu Undivided Families (HUF), provided such capital gains are invested in shares of a start-up company and such a company utilises the invested amount for purchase of new plant and machinery (P&M) within a period of one year from the date of issue of shares. However, there is a lock-in period of five years on such shares and assets, and the individual/ HUF should own at least 50% shares or voting rights in the company. The said lock-in period appears rather high and the government should consider reducing it to a lower period, such as three years, as provided in other capital gains tax deduction sections, such as section 54F. Further, the purchase of a computer or computer software by only a technology driven start-up has been included as an eligible P&M purchase for availing the said exemption, which may be rather out of context, as such start-ups generally develop/ manufacture new assets/ software. Further considering that most of the start-ups operate on an asset light model, it may be burdensome for them to comply with the condition related to the purchase of new P&M.

To encourage seed-capital investment, investments made by venture capital funds and incubators in start-ups are exempted from the operation of Section 56(2)(viib), which is a welcome move by the tax department. The said section provides for taxation of any consideration received for issue of shares that exceeds the fair market value of such shares in the hands of the company. Additionally, the profits of start-up companies are exempted from income tax, at the option of the start-up for any three consecutive years out of seven years, beginning from the year of its incorporation, subject to certain conditions. The said tax incentives can be availed only by companies and limited liability partnerships that are incorporated after 01 April, 2016. Hence, start-ups set up prior to 01 April, 2016 and those formed as partnership firms shall not be eligible to avail the said tax exemptions.

Further, there is a requirement of obtaining a certificate of “eligible business” from the Inter-Ministerial Board of Certification for availing the tax benefits as stated above, which is a time consuming and cumbersome process. The government may instead consider extending the self-certification process by the start-ups for claiming income tax benefits as well as to reduce the challenges faced by start-ups in availing the tax benefits.

Besides tax, regulatory and funding aspects, start-ups in their initial stages need to hire and retain the right talent. Further, multiple funding rounds typically reduce the founder’s shareholding. Stock options can efficiently address both these aspects. However, start-ups would need to consider the tax implications of issuing stock options and plan the key aspects, such as the mechanism and stages of the stock option, exercise price and vesting period, among others.

In recent times, India has also witnessed a considerable number of transactions in the start-up space, including many consolidation and funding activities. With business growing, start-ups would need to focus on compliance, internal controls and governance procedures, in addition to the tax and regulatory incentives to ensure their viability and attractiveness to investors.

Disclaimer: The contents of this article are for information purposes only and does not constitute advice or a legal opinion and are personal views of the author. It is based upon relevant law and/or facts available at that point of time and prepared with due accuracy & reliability. Readers are requested to check and refer to relevant provisions of statute, latest judicial pronouncements, circulars, clarifications etc before acting on the basis of the above write up.  The possibility of other views on the subject matter cannot be ruled out. By the use of the said information, you agree that Author / TaxGuru is not responsible or liable in any manner for the authenticity, accuracy, completeness, errors or any kind of omissions in this piece of information for any action taken thereof. This is not any kind of advertisement or solicitation of work by a professional. 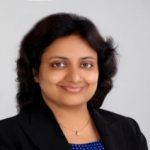 Significant Income Tax Benefits for Senior Citizens
New provisions of TCS w.e.f. 1.10.2020
Draft Format of Form 3CEB with Annexures for AY 2020-21
How filing of Income Tax Returns regularly & within time, can be beneficial?
Capital Gain on Land, Building or Both
Cancel reply