This write uptakes note of changes proposed with regard to some of the TDS /TCS provisions applicable from 1st July, 2021. In the Union Budget 2021 there has been made a proposal to charge higher TDS and TCS on non-filers of income tax return (ITR). This is done to put off the practice of not filing returns by taxpayers in whose case considerable sum of tax has been deducted or collected.

As per the proposal, if any individual in whose case TDS or TCS of Rs. 50000 or more has been deducted or collected in the last two years and if such a person has not filed ITR, then the TDS/TCS rate will be double of the specified rate or 5 percent, whichever is higher. For the higher TDS implication, a new Section 206AB has been introduced, while higher TCS rate shall apply as per the new Section 206CCA in the following year. So accordingly, higher TDS will be applicable to those having interest income, dividend income, annuity pensions, income from capital gains.

This provision puts the onus of ensuring a higher rate of tax is deducted/collected have been placed on the deductor/collectee, who will now have to request documentation validating proof of submission of ITR in the previous 2 years, increasing the burden of compliance for such deductors/collectee

Example: A contract payment is made by X Co Ltd to Mr. Ram say Rs.90 lakhs for two consecutive years and on which tax under section 194C was deducted (Rs.90,000 in each year) and remitted by X Co Ltd. Mr.Ram however, has not filed his return of income for both the years. In such case, in the third year when these facts are ascertained, the payer must deduct tax at source at the higher rates given above.

A cursory look at the proposals for enhanced rate of TDS / TCS applicable in the event of non furnishing of ITRs for the immediately preceding two previous years show that the taxpayers not only have to do business, earn income and pay tax thereon but also have to work for the Government for creating some trail for the purpose of tax collection by the exchequer without pains. 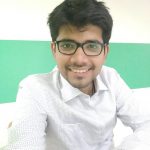 Section 54 – Date of Possession Vs. Date of Sale Deed
Filing of form 10IC after filing of ITR but before due date of filing ITR
No TDS on sales commission paid to non-residents for services rendered outside India
Start-up | Benefits under Income-tax
Your Family Members Can Help You Save Tax; Here’s How