GST was implemented in our country from 1st of July 2017, by passing the GST Act in the parliament on 29th of March 2017. The main object of GST was to implement a simple tax structure with the concept of one tax across the country. Though there are many benefits of implementing GST, one of the main benefits was elimination of cascading effect of taxes (i.e. input tax credit received on services can be availed against tax to be paid on sales goods and vice-a-versa).

Despite the fact that GST has eliminated the cascading effect by allowing input tax credit (ITC) on all services/goods, availing the same is not a simple task from October 2019 as new sub-rule (4) under rule 36 of the CGST Rules, 2017 was inserted by a notification by CBIC on 09th of October 2019.

The amount of ITC in respect of the invoices / debit notes whose details have not been uploaded by the suppliers shall not exceed 20% (10% from January 2020) of the eligible ITC available to the recipient in respect of invoices or debit notes the details of which have been uploaded by the suppliers under sub- section (1) of section 37 as on the due date of filing of the returns in FORM GSTR-1 of the suppliers for the said tax period. The taxpayer may have to ascertain the same from his auto populated FORM GSTR-2A as available on the due date of filing of FORM GSTR-1 under sub-section (1) of section 37.

ITC is reflected in GSTR-2A only after the vendors from which services are availed or goods have been purchased files there return GSTR-1 (return showing sales/services provided for the period) with correct GST numbers of its all customers.

Now after three months of implementation of the new rule, the taxpayers have started realising its impact on their working capital. Because even if they had paid their vendors full amount including GST, they are unable to claim the ITC of the same and hence have to pay GST to the authorities if the vendor has not filed the GSTR-1 return reflecting the transaction (and the difference between the ITC as per the books and ITC as per GSTR-2A is more than 10%). This leads to additional payment of GST by the taxpayer for that month impacting their working capital. As working capital is very important for smooth functioning of the business, the taxpayer should try to avail full ITC for the month, for which they have to frequently (on weekly or fortnightly basis) reconcile the input tax credit as per the books and as per GSTR-2A and follow up with those vendors who had not uploaded the details under form GSTR-1.

From the above explanation of the new rule we can derived that now it has became mandatory to prepare reconcialtion of ITC as per books and as per GSTR-2A before filing GSTR-3B for optimal use of working capital. 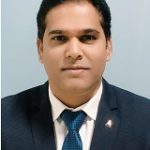