Compliance of Job worker under GST

As per Circular No. 38/12/2018 issued as on dated 26-03-2018 in that mention Procedures to be followed for sending goods for job work and the related compliance requirements for the principal and the job worker.

As per Section 2(68) of the CGST Act, 2017, “Job work” means any treatment or process undertaken by a person on goods belonging to another registered person.

The registered person on whose goods (inputs or capital goods) job work is performed is called Principal as per section 143 of CGST Act.

The registered principal may without payment of tax send inputs or capital goods to a Job worker for job work and if required from there subsequently to another job worker. Once completion of the job work principal shall either bring back the goods to the place of business or supply the same directly form the place of business/premises of the Job worker. If Inputs within 1 year and Capital goods within 3 years.

Job worker in addition to the goods received from the principal, can use his own goods for providing the services of job work.

Job worker is required to obtain registration only if his aggregate turnover to be computed on all India basis in a financial year exceeds the limit (Rs. 20 lakh or Rs. 10 lakh in case of special category states exept Jammu & Kashmir) in case both the principal and the job worker are located in the same state.

If Principal and the job worker are located in different states which provides for compulsory registration of suppliers making any inter state supply of services. However, exemption from registration has been granted in case of aggregate turnover of the inter state supply of taxable services does not exceeds Rs. 20 lakh or Rs. 10 lakhs in a financial year as per vide notification no. 10/2017 dated 13.10.2017

Job worker is required to obtain GST registration only in cases where his aggregate turnover to be computed on all India basis in financial year exceeds the limit regardless of whether the principal and the job worker are located in the same state or in different states.

Supply of goods by the principal from the place of business/ premises of the Job worker to its end customer will be regarded as supply by the Principal and not by the job worker as per section 143(1) (a) of CGST Act.

Section 143 of the CGST Act provides that the principal may send or bring back inputs/capital goods for job work without payment of tax under intimation to the proper officer and subject to the conditions.

(1) Where goods are sent by principal to only one job worker :

a. The principal shall issue prepare in triplicate challan in terms of rules 45 and 55 of CGST Rules for sending the goods to a job worker.

b. 2 copy of challan may be sent to the job worker along with the goods.

c. The job worker should send one copy of the said endorsed challan along with the goods, while returning them to the principal.

(2) Where goods are send from one Job worker to another Job worker:

a. Goods may move under the cover of challan issued either by the principal or the job worker.

b. Challan issued by the principal may be endorsed by the job worker sending the goods to another job worker indicating therein the quantity and description of goods being sent.

(4) Where the goods are send directly by the supplier to the job worker:

b. The Buyer (i.e. principal) shall issue the challan under rule 45 of the CGST Rules and send the same to the job worker.

(5) Where goods are returned in piecemeal by the job worker:

a. Goods after carrying out the job work, are send in piecemeal quantities by a job worker to another job worker or to the principal, the challan issued originally by principal cannot be endorsed and a fresh challan is required to be issued by the job worker.

b. It is clarified that it is the responsibility of the principal to include the details of all challans relating to goods send by him one or more job worker or from one job worker to another and its return therefrom.

As per Rule 138 of CGST Rules, an e-way bill is required to be generated by every registered person who causes movement of goods of consignment value exceeding value Rs. 50,000 in case of movement of goods for job work.

As per Rule 138(1) of CGST Rules provides that e-way bill shall be generated either by the principal or by a registered job worker irrespective of the value of the consignment, where goods are sent by a principal located in one state to a job worker located in any other state.

As per Rule 138(3) of the CGST Rules, where the goods are supplied by an unregistered supplier to a registered recipient, the movement shall be said to be caused by such recipient if the recipient is known at the time of commencement of movement of the goods. In this case, e-way bill shall be generated by the principal wherever required in case the job worker is an unregistered.

Value of Supply are contained in Section 15 of CGST Act

Place of Supply contained in Section 10 of IGST Act

Job worker as supplier of services is liable to pay GST if he is liable to be registered. He issues an invoice at the time of supply of the services. Value of service mention in section 15 of CGST act and would include not only the service charges but also the value of any goods or services used by him for supply the job work services, if recovered form the principal.

Value of moulds and dies, jigs and fixtures or tools which have been provided by the principal to the Job worker and have been used by later for providing job worker services would be included in the value of job work services?

Ans: As per section 15(2)(b) of the CGST Act provides that any amount that the supplier is liable to pay in relation to the supply but which has been incurred by the recipient will form part of the valuation for that particular supply provided it has not been included in the price for such supply. Value of such moulds and dies, jigs and fixtures or tools may not be included in the value of job work services provided by the job worker.

IF job worker is not registered, GST would be payable by the Principal on reverse charges basis as per section 9(4) of CGST Act. However, this provision abeyance till June 2018.

Supply of goods by the principal from the place of business/ premises of job worker:

In case of exports directly from job workers place of business/ premises, the LUT or bond may be shall be executed by the principal.

Job worker is also eligible to avail ITC credit on inputs used by him in supplying the job work services if he is registered. 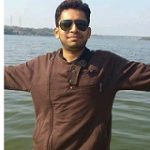 Composition Levy under GST- Detailed Analysis
Points to be kept in mind during the GST Audit
Section 8 of Composite and Mixed Supply as per CGST Act 2017
Brief Analysis of Section 7(1)(a) of CGST Act 2017- Scope of Supply
How registered suppliers & transporter can Register on e-Way Bill Portal?
View More Published Posts

HC orders release of Trucks seized from office premises of writ applicant
Consider application claiming for a special rate to be fixed based on add-ons made to goods manufactured: HC directs GST Commissioner
HC Quashes vague & imprecise SCN & instructs unblock of GST account
Documents not relied in GST SCN needs to be returned Under Proper Receipt
Allahabad HC Restrains Govt. From Establishing GSTAT in UP