Prevention of Sexual Harassment at Workplace (POSH)- An Act of Awareness

As we are all aware that the contribution of working women is significantly increasing day by day across the globe. There is no denying that women are considered as the backbone of society which can be seen in all types of organizations. Therefore, women have been seen in every field whether it would be the sports industry, entertainment industry, politics, academics. But sometimes they are not treated equally in their workplace due to gender biases, mental and physical harassment. To deal with such situations, the legislature felt to come up with, POSH Act, which has brought positive change tremendously to the society

The impact of sexual harassment at the workplace is directly harming the women and the workplace, and indirectly to the society. Workplace sexual harassment not only creates an insecure and hostile working environment for women but also impedes their ability to deliver in today’s competing world. The protection against sexual harassment and the right to work with dignity are universally recognized human rights by international conventions.

Jurisdiction: It extends to the whole of India.

(i) In relation to a workplace, a woman, of any age whether employed or not, who alleges to have been subjected to any act of sexual harassment by the respondent; 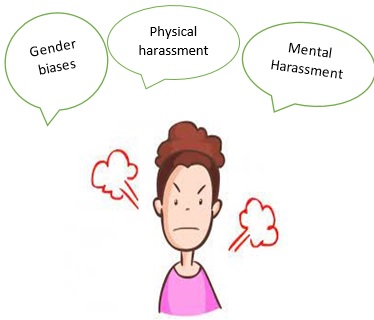 A person employed at a workplace for any work on a regular, temporary, ad hoc, or daily wage basis, either directly or through an agent, including a contractor, with or, without the knowledge of the principal employer, whether for remuneration or not, or working voluntarily or otherwise, whether the terms of employment are express or implied and includes a co-worker, a contract worker,  probationer, trainee, apprentice or called by any other such name;

(ii)In any workplace not covered under sub-clause (i), any person is responsible for the management, supervision, and control of the workplace.

(i) Any department, organization, undertaking, establishment, enterprise, institution, office, branch, or unit which is established, owned, controlled or wholly or substantially financed by funds provided directly or indirectly by the appropriate Government or the local authority or a Government company or a corporation or a co-operative society;

(iv) Any sports institute, stadium, sports complex or competition or games venue, whether residential or not used for training, sports, or other activities  relating thereto;

(vi) A dwelling place or a house;

Many cases of violence against women were reported in the media on daily basis. There was a need to create awareness on this issue, that would lead to curbing such biases and harassment. Therefore, it was expedient to make provisions for giving effect to the said Convention for protection of women against sexual harassment at the workplace. While the statute aims at providing every woman a safe, secure, and dignified working environment, free from all forms of harassment, proper implementation of the provisions of the statute remains a challenge.

In India, the framework for the Sexual Harassment at Workplace law was laid down in the landmark judgment of the Supreme Court in Vishaka v. State of Rajasthan (1992). In the absence of a specific law in India, the Supreme Court, in the Vishaka Judgment, laid down certain guidelines making it mandatory for every employer to provide a mechanism to redress grievances about workplace sexual harassment (“Vishaka Guidelines”) which were being followed by employers until the enactment of the POSH Act.

As per the Vishaka judgment, ‘Sexual Harassment’ includes such unwelcome sexually determined behavior (whether directly or by implication) as:

Before the introduction of the POSH Law, there was no statutory remedy that directly addressed workplace sexual harassment except the Indian Penal Code, 1860.

To redress complaints under the POSH act provisions for setting up of internal compliant committee have been made.

POSH Act requires every employer of a workplace where 10 or more employees are working shall constitute an internal complaint committee and anti-harassment policy at each of its offices or branch of the organization. The internal complaint committee shall hear and redress matters related to sexual harassment with women. When the employer fails to constitute an internal compliant committee, they shall be punishable with a fine of fifty thousand rupees and twice the amount of fine on the repetition of the same offense.

Registration of the internal complaint committee is mandatory in few states in India. Companies in Gautam Budh Nagar, Maharashtra, and Telangana are compulsorily required to register their internal committee with state authorities.

5.1 Constitution of the Internal Committee

The internal committee shall consist of the following members nominated by an employer:

1. Not less than half of the IC Members shall be women

2. The term of the IC Members shall not exceed 3 years

3. A minimum of 3 Members of the IC including the Presiding Officer are to be present for conducting the inquiry.

1. At least one of the members should have a background in law.

2. At least one of the members should be a woman belonging to the Scheduled Castes or Scheduled Tribes.

An aggrieved woman who intends to file a complaint is required to submit six copies of the written complaint, along with supporting documents within 3 months from the date of the incident and in case of a series of incidents, within 3 months from the date of the last incident. The complaint shall be in any form either through phone or email but every oral communication should be followed up with the written communication and in any case where a complaint cannot be made in writing then the presiding officer or any member of the committee shall assist the person for making the complaint in writing. In instances where sufficient cause is demonstrated by the complainant for the delay in filing the complaint, the IC/LC may extend the timeline for filing the complaint, for reasons to be recorded in writing. The law also makes provisions for friends, relatives, co-workers, psychologists & psychiatrists, etc. to file the complaint in situations where the aggrieved woman is unable to make the complaint on account of physical incapacity, mental incapacity, or death.

ICC can try and make parties settle but monetary compensation is not the basis for settlement. If the aggrieved person is not ready to settle then ICC will inquire into the complaint and both the parties will get a chance to be heard and complete the inquiry within 90 days. After the inquiry, if the person who committed such act is found guilty then Corrective action is taken by the appropriate authority. Corrective action includes:

b) Transfer of the person to another department

e) A written warning to the concerned employee and a copy of it are maintained in his record.

Non-Compliance of POSH Act by companies who are required to comply with the act attract not just the legal penalties but can prove fatal as well.

When the employer fails to constitute an internal compliant committee or breaches any provision of the Act or any rules made thereunder or any directions given by any government, they shall be punishable with a fine of fifty thousand rupees and twice the amount of fine on the repetition of the same offense. Extended penalties shall be cancellation or withdrawal of his license and non-renewal or cancellation of the registration.

The POSH Act prescribes the following punishments that may be imposed by an employer on an employee for indulging in an act of sexual harassment:

The journey of providing a safe environment to women has crossed many milestones and society has indeed come a long way.

POSH not only strengthens and gives confidence to female employees but also plays a major role in the widespread removal of such incidents in India. This law has empowered women and has been a platform for them to voice their concerns. In the future, the aim should be to completely eradicate such instances and bring about a safe space in workplaces. However, sometimes it has also become a threatening tool for some women to extort money from their frivolous Complaints under POSH Act. Hence it is essential to create awareness amongst the employees about sexual harassment so that they know about their powers and rights under the act.

As per section 134(3) of Companies Act, 2013– “Statement that the company has complied with provisions relating to the constitution of Internal complaint committee under the sexual harassment of women at workplace (prevention, prohibition, and redressal) Act, 2013 shall be disclosed in the board report by Board of Directors” 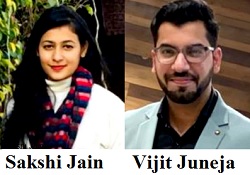 Analysis of Abuse of Dominance under competition act 2002
Term sheet and it nature: whether create a binding obligation or not ?
Accident claim benefit available only when accident took place after reviving of policy
Measures taken by MCA to ameliorate difficulties faced due to COVID-19
PLI Scheme
Cancel reply