Overcoming failures- Inspiration can come only from within!

As Thomas A Edison once said “I have not failed I have found 10000 ways that won’t work.” What is failure? Dictionary defines failure as a state of not meeting desirable or intended objective. If we try to understand this meaning we can draw a conclusion that the result of our effort was not as per our defined objective. But does that mean we did not gain anything? No it is not the case, even if the desired result is not achieved we have gained a lot of experience of what not to do and thus we can develop a better strategy and try the same thing again. So if we learn from our experiences, we should understand the fact that so called failure is not a failure but a learning experience in real sense. Thus stay positive and make the most of your failure.

Many times we loose hope and leave the thing in which we encountered failure. We look for sympathies and logics for not trying it again. We may put blame on others factors like luck, circumstances etc. But the harsh truth is you did not succeed. Only way to come out of this mindset is try again and achieve the success. Till you don’t you will carry the burden of this failure all your life. A small example to which I can relate is Chartered accountant examinations. These are one of the most challenging examinations of our country. It surely tests your ability to overcome failures.

I was a very descent student in school time. I was able to clear CPT(entrance exam), IPCC (middle stage) and one group of final stages without encountering any major failure. I prepared according to my strengths, gave exams and passed exams. But then last group of CA final had failures in store for me. I failed in it twice and it was very difficult experience for me. It was mentally very challenging for me to appear again for the third time. During this failure and preparations everyone around me was very supportive and motivated me but still it was the inspiration within me to become a CA that took me out of this negativity and motivated me to prepare again and give exams for the third time which I cleared and became a CA. Major point I want to highlight here is inspiration from within. We may have all the support and favourable circumstances around us but still we can overcome failures only if that hunger and inspiration arises from within. Only with this inspiration we can follow the steps towards turnaround and achieve success.

The now revolutionary Apple started off with two men in a garage. Years later we all know it as a $2 billion company with over 4000 employees.

Yet, almost unbelievably, Steve Jobs was fired from the very company he began.

The dismissal made him realize that his passion for his work exceeded the disappointment of failure. Further ventures such as NeXT and Pixar eventually led Jobs back to the CEO position at Apple. Jobs said in 2005:

“I didn’t see it then but it turned out that getting fired from apple was the best thing that could have ever happened to me.”

Bill Gates was a Harvard dropout. He co-owned a business called Traf-O-Data, which was a true failure

However, skill and a passion for computer programming turned this failure into the pioneer of famous software company Microsoft, and the then 31-year-old into the world’s youngest self-made billionaire.

In his own words:

“It’s fine to celebrate success but it is more important to heed the lessons of failure”.

Why? Simply because she was once a failure too.

A few short years after her graduation from college, her worst nightmares were realized. In her words,

“I had failed on an epic scale. An exceptionally short-lived marriage had imploded, and i was jobless, a lone parent and as poor as it is possible to be in modern Britain, without being homeless, The fears that my parents has had for me, and that I had for Myself, had both come to pass, and by every usual standard, I was the biggest failure I knew.”

Coming out of this failure stronger and more determined was the key to her success.

What is common in all these big success stories? It is the fact that they did not lose their hope despite a lot of challenges and failures. They learned from their mistakes and kept on trying with full focus and a lot of hardwork.

How to overcome failure–

At the end I would like to say that success tastes very sweet but it tastes even sweeter even if we achieve if after encountering failure. Thus whenever you fail just copy paste the dialogue of 3 idiots “All is well” and start again with a stable, positive and determined mindset. 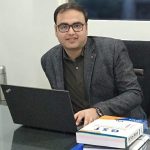